The West Coast Drama Alumni Clan (WCDAC) was founded in 1967 to help keep the drama alumnus in contact, post graduation, and encourage fellowship between alumni, the university, and current students. Through several gatherings a year, WCDAC encourages the preservation of the community formed while attending Carnegie Mellon, and specifically the School of Drama.

WCDAC is a conduit for facilitating the needs of our alumni through seminars and events, which feature prominent working professionals discussing such topics as directing, personal finance, networking, acting, producing, and casting. Our annual holiday party and summer picnic reunites old classmates and introduces new graduates to the alumni family.

WCDAC also offers its support to The School of Drama through student scholarships (over $100,000 during the past three decades) and seminars by West Coast professionals back at the school.

One of our most visible events each year is the annual Showcase of New Talent. The current graduating students (undergrad and graduate) travel to Los Angeles for a week of auditions, interviews, and panels with local industry professionals. These events are tailored as much as possible to the graduate’s individual discipline (directing, acting, writing, casting, etc.).

The WCDAC is made up of several hundred graduates, attendees, and former faculty and staff of Carnegie Mellon University. Most members were students of the School of Drama although several of our prominent members attended other departments, the Entertainment Technology Center, the Masters of Entertainment Industry Managements in Heinz, Professional Writing, and Engineering; so long as they attended Carnegie Mellon and work in the Entertainment industry, they are welcome in our Clan.

Our members include actors, directors, technicians, designers, casting directors, agents, writers, executives, producers – you name it. Although Los Angeles is home for the group, members live throughout the Western part of the United States. We even have a few alumni who work on both coasts and get involved when they are in town.

WCDAC is run by a small board of directors, which includes our five executive officers. Executive officers generally serve a two-year term, and board meetings are open to any interested party. Of course, the heart of our organization is its volunteers, which includes not only students who just recently graduated from Carnegie Mellon, but also members who have been out of school for over 60 years. If you are interested in helping out in any way, please contact President@WCDAC.org 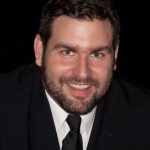 CMU WCDAC
@cmuwcdac
Follow
24
posts
215
followers
210
following
West Coast Drama Alumni Clan
Tell us what you're up to and we'll spread the word! 🎭
View on Instagram